Would you like to learn a new language but people don’t speak it in your country? How to find a language partner online? I had the same question before so I am going to share my story and what I have found out.

I lived in Finland, and I wanted to learn Spanish. I knew it would have been easier to learn Spanish by moving to Spain, but it wasn’t possible at the time. Still, I thought that learning Spanish would be faster and funnier if I could practice with a native speaker instead of reading some old textbooks and trying to learn grammar.

Note: If you are living in a big city like Paris, London or New York, you will surely find language partners at local language meetings. But if you are living in a smaller place as I was, it can be challenging to find native speakers to your target language. And even though you would live in a big city, it can be fun to practice with someone who is living in an entirely different place so you can learn a new culture as well.

I Searched for a Language Exchange Partner… And Then I Found a Right Place!

Then I found a website called Italki.com. I saw that several Spanish people wanted to learn Finnish (which is my native language) and in return, they wanted to share their knowledge in Spanish. I was surprised because Finnish is relatively small languages and still there were quite a lot of people who wanted to learn mine.

I sent a message to a few persons. If I remember right, all of them replied relatively fast. The community seemed to be active, and people were friendly. Then I shared my WhatsApp number and Skype ID with a few persons. We sent then messages in WhatsApp and took video calls in Skype to practice languages. I got to know ultimately kind people through Italki.

Before, I never really thought before that one could create lasting and close friendships through the Internet.

Again I got surprised. You can find great friends and language partners from Italki.

I applied the same with French. I found French speakers who wanted to learn Finnish. Even though I didn’t always connect with native speakers, I found people who were also studying French, so we practiced together. We have made real progress with the language together.

In Italki you can find people from all nationalities!

Italki + Hellotalk – Takes 2 Minutes to Register but the Benefit can be HUGE!

The another great way to find a language partner is though Hellotalk. It is a mobile app where you can very quickly find native speakers from almost any language that you would like to learn. And they are learning your mother tongue. I haven’t used Hellotalk as much as Italki, but it also has some significant benefits.

Finding a language partner can be a bit faster with Hellotalk than with Italki. I have used Italki more because I can use it with a computer while Hellotalk is a mobile app. I recommend you to try them both and decide which one do you prefer. Here I have listed some benefits of using these service.

Why Are Italki and HelloTalk So Great?

Probably the best thing about these apps is that you don’t have to pay even a single dollar/euro, but you can hugely benefit from their service. Italki has paid lessons if you want but they are not required at all. With this link, you can get a gift of $10 for language lessons.

2.It Is Fast to Find a Language Partner

It takes only two few minutes to make a profile. Then you can already see who are speaking the languages that you are willing to learn. I have tried many apps for meeting new people when I have been traveling, but I haven’t found them very useful because it’s not so easy to contact people (If you have recommendations, leave a comment below!). But it has been easy to reach people in Italki and Hellotalk. Almost always people respond to your messages, and they are friendly.

I have surprised how many people are using these apps. You can find native speakers for almost any language. So don’t worry if your target language is small. Just do a search to see how many native speakers there are in Italki and Hellotalk. I guess that you will be surprised too!

The platforms are simple to use, and I believe that even a little kid will understand how they work. So you will not have any problems to find out how to find language partners through Italki or Hellotalk

5.People Have Same Goals as You Have

Do you live in a small village? Or do you just find it hard to find people who would like to practice languages with you? Thank God for the Internet. Sometimes I had found in “real life” to find language partners because I was living in quite a small city in Finland. If you would be living in Paris or New York, the situation is, of course, different because you can always find people who share similar interests. But now you have an opportunity to connect with people, no matter where you live.

6.You Will Find Lasting Friendships

First time when I registered to Italki, I just thought that “Great I will find some people to practice languages.” Later I realized that it was even better. I developed friendships with some people, and I am still in touch with people who I got to know online. 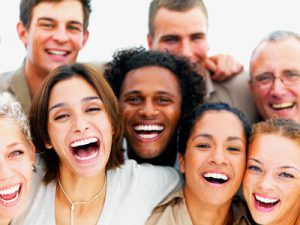 In my opinion, language exchange is not only about learning a language but also for building wonderful friendships!

Finding a language partner online can be very rewarding and fun. It may take some little effort to send those first messages but as you get to know a person, it just gets more comfortable, and you will like it even more. Practicing a language constantly with someone can make miracles to your progress.

Italki also has many other features like paid language lessons or community tutors. I will write a whole review about everything that they provide, so you will get the whole picture how amazing their community is for language learning.

Do you like to practice the language with native speakers? Have you found them online or “in the real world”? 🙂

20 thoughts on “How to Find a Language Partner Online? – My #1 Recommendation”