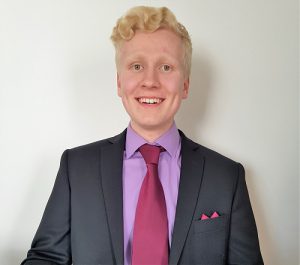 I am glad to welcome you to LanguagesAreEasy.com!

I am Roope Kiuttu, the founder of this website. I know more about language learning than 99% of people on this planet. Why do I say this? First, it sounds impressive. 😉 Second, it tells you that I know what I am talking about.

Some people keep on telling that they can’t do it because they are too old. I can say that I thought too before that older people don’t learn languages so fast. But then I saw a study which showed that seniors could actually learn languages faster. My own (and other people’s) experience is showing that the older I get, the easier it is to learn new languages. 99,99% of the time people are just using age as an excuse.

Okay, I have been very honest with you, let me share my story about language learning so far.

I remember how I was SCARED of English lessons in the high school. We had a lot of teamwork in a group of 4 persons. Three other persons were totally fluent in English, but I wasn’t. I was just hoping that the course would end very fast. Then I wouldn’t ever need to study English anymore. That’s what I thought…

I had also studied some Spanish in the high school. It felt that I studied very hard and I put so many efforts to learn it. I spent hours learning vocabulary from the songs and doing some language exercises. But still, I didn’t learn well. Several guys in our course who achieved great results even though they didn’t seem to put the same effort that I put. On the scale 4-10 at school, they got easily 10, while I was getting 7-8 even though I thought that I was working harder than them.

I figured out that I must be awful in language learning because I don’t learn as fast as others. Later I found out that it wasn’t true. I just had wrong learning techniques. I was magnificent at maths, and I had learned at school that if you are good at maths, you will suck with languages. Or if you are good with languages, you will suck at maths. Right? 😉 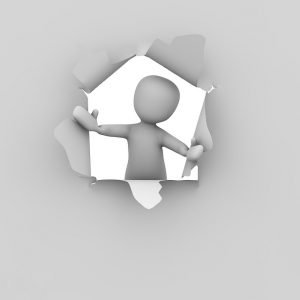 My eyes opened. Languages are not so hard than I had always thought before.

Breakthrough – Even I Can Learn Languages!

Time went forward… I started studying at the university of applied sciences, and I got an opportunity to do my 3-months internship in Spain. That was a breakthrough! Not only because I got a chance to use foreign languages in real life, but MY EYES OPENED when I was scrolling the Internet.

I found one guy called Benny Lewis on the Internet who said that when he was 21 years old, he only spoke one language. Then after eight years he already spoke 13 languages. How was that possible? Before he had thought that those who are good at maths, don’t learn languages very well but something changed. He had thought that he don’t have this mysterious “language gene” and he will never learn languages well.

But actually, the reason why he hadn’t learned languages was that he had been using slow methods. All changed when he changed his ways of learning. Before he had studied long vocabulary lists in the textbooks and lots of grammar. That’s the typical method that we use at school.

I tried to same by changing my learning methods I started to achieve same results as Benny. I realized that I could learn languages like anyone else. Before I always struggled with speaking and I didn’t have enough confidence. But when I realized that mistakes are not bad but good, I gained the confidence to speak foreign languages.

By reading my website, you’ll find out how to learn languages faster. Some main things changed my language learning dramatically:

1.I started making a lot of mistakes. Before I thought they are bad but now I believe they are good.
2.I forgot the excuses and realized that I learn any language. It is a change of the attitude and beliefs.
3.I made language learning a habit. Even 10-15 minutes can be sometimes enough if you continue to learn every day.
4.I didn’t concentrate so much on grammar anymore.
5.And more you will find by reading on my website 🙂

Finnish is my mother tongue. I speak English, Spanish and French quite fluently. Then I speak Swedish and German at a conversational level, but soon my German will be fluent too because I study it every day. Now I am also living in Austria which makes it even easier to find opportunities to practice.

I am not a language genius. I know that some people can speak more than ten languages and I can’t yet. However, I know that I can learn as many languages as I want, even 20 if I want to. And it wouldn’t take so much time than I had thought before.

And I believe that you can learn too. When Benny Lewis was 21 years old, he only spoke one language. Eight years after he was talking 13 languages. Remember that everything changed when Benny changed his beliefs. Before he thought that he would need some “language gene.” But he didn’t need it. He just needed to change his attitude. Then things started to happen.

What Is Your Story?

How many languages do you speak? Have you always struggled with languages? Or are you an inborn language genius? Please, leave a comment below to let me know :).

No matter what is your background, I am 100% sure that you will learn something very useful from LanguagesAreEasy.com. Make yourself comfortable and enjoy!

PS. I am still making some grammatical mistakes with English. So if you see some mistakes on my website, I would be glad if you drop me a comment so I can correct it. 🙂