I have many friends who learned to speak German fluently. Most of them say that German is easy. However, some people from Germany and Austria have said that German would be hard. Today I am going to share with you 4 points why German is easy for English speakers to learn.

But before I want to mention that I have learned now German myself for about 4 months. I remember that I “studied” German at school 10 years ago but I didn’t really learn it because I didn’t any motivation. Back then I didn’t know that German is actually easy. I didn’t know about good language learning techniques. So 4 months ago I practically started from zero. I didn’t even remember how to say, “Hello! How are you?” in German.

But now I have made quite a good progress with German and I am on my way to fluency. I hope that this article will motivate and help you to reach fluency with German. Remember, German is not hard, GERMAN IS… EASY! 😉

1.German Has So Many Similar Word With English

German and English has surprisingly many similar words because they have same Germanic roots. I just realized it when I started to study German. Before I thought that only French and Spanish would be easier for English speakers. But nowadays I know that English is very close to German in many ways. Many words resemble each other and many words are exactly the same. I can give you some examples:

These words are exactly same in English and German: 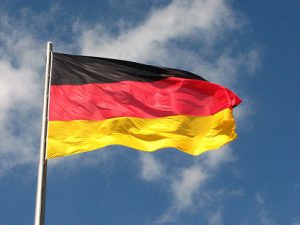 And I could continue the list with tens or even with hundreds of examples. Sometimes the pronunciation is a little bit different. But if you know the English word, then you just need to pronounce it in a German way.

Verbs have simple conjugation pattern. It is said that Swedish is easy to learn because grammar is very simple and easy but I would say that German grammar is even easier. German “cases” (dative, accusative, nominative, and genitive) are a bit different compared to other languages but that only takes some time to learn. Anyway, if you make some mistakes with German articles, in a spoken language it doesn’t matter at all because everyone will understand you.

3.You Will Always Find German Speakers to Practice

There are more than 200 million German speakers in the world 2016. The huge number doesn’t make German grammar or vocabulary easier to remember. But makes German much easier to practice!

When I started to study German, I was surprised that I heard German everywhere. I went to school and some people were speaking German in the corridor, I went to a store to buy food and two women were talking German, I went to our church and I saw two German people, I wrote in Italki and Hellotalk “I want to learn German.” And immediately German people contacted me. It was so easy to find German language partners.

In general, German speakers are also quite rich if we compare the situation worldwide. Because German speakers have many, they also tend to travel all around the world so you can find German tourists, exchange students and expats from many different countries. 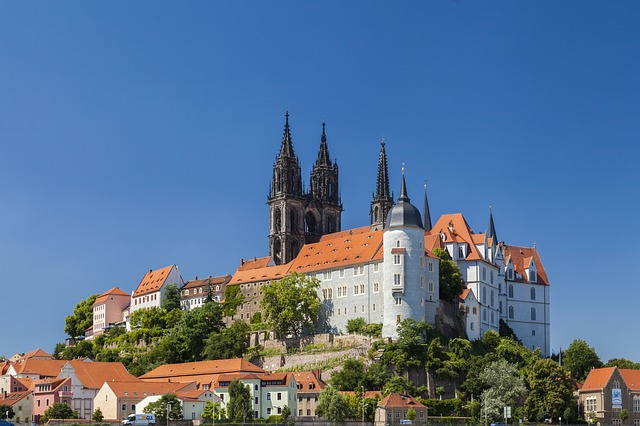 Germany is Famous because of its castles

Compare for example to French or English. There are far more exceptions and things that you need to remember. And if you have already learned to speak English or French I am sure that you will learn German much quickly. If you learned English as a mother tongue, remember that it took probably at least 4 years to speak the language perfectly. You will learn German pronunciation in a few months or even much faster if you are ready to dedicate more time to learning.

Do You Want to Learn German Fast? Try This!

The man who revolutionized my language learning is Benny Lewis. He teaches much faster techniques to learn languages than what they teach you at school. Benny speaks +10 languages himself and knows what he is talking about. He is probably world’s most famous language teacher today.

His teaching doesn’t concentrate very much on grammar but speaking plays a big part. After reading and watching Benny’s articles and videos, I gained lots of confidence to speak foreign languages. Before I was often afraid of making mistakes but not anymore. If you want to learn to speak German with confidence I would recommend checking Benny’s German course “Why German Is Easy“. I know that Benny’s methods work because I have seen the change in my own life.

Here is what Benny says about German: 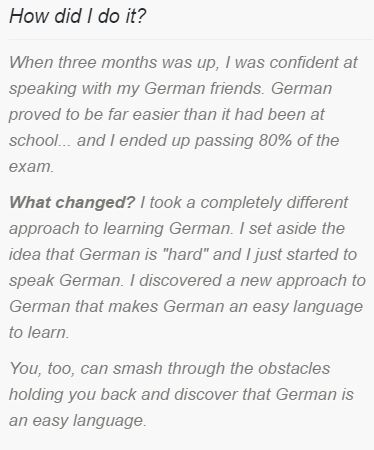 What do you think about learning German? Have you found it easy? Why/Why not? Leave a comment below!

6 thoughts on “Why German Is Easy for English Speakers to Learn?”