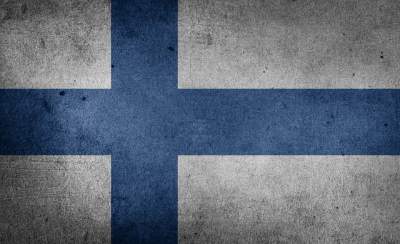 You may have heard somewhere that learning Finnish is hard. Maybe your Finnish friend has told you something like that, or you have just read it on the Internet. Let me inform you that they don’t know what they are talking about. Finnish is not too hard for anyone. Let me give you two examples.

There was a one woman who moved to Finland and wanted to learn Finnish. But somebody had told her that Finnish is one of the hardest languages in the world. So she struggled with Finnish because she thought it’s just too hard for her.Then one day when she went for a walk to a park.

She saw that there was an older man with his dog in the park and a man was talking Finnish to his dog. She saw how dog obeyed all orders that man gave to him. That was a moment when he realized, “If even a dog can learn to understand Finnish, why couldn’t I?” Then she started learning, and after some time, she spoke Finnish fluently.

=> Check Out My #1 Recommendation for Learning Finnish!

Another example. I was working this year in a refugee center in my hometown Oulu. There were many kinds of refugees, men, women and children but most of them were young men. Some of the refugees didn’t have any education, and they couldn’t even read/write while some of them were highly educated. I got to know refugees who didn’t have hardly any education, but they still learned to speak Finnish fluently in a year or something like that. If you are already educated, you will probably learn even faster.

Of course, some people couldn’t speak Finnish at all. But they never put any effort to learn it. Probably they thought that Finnish is too hard. But as we know, that’s not true because even a dog or a man without any education can learn it.

The Finnish language is spelled as it’s written. No exceptions. Who wants to tell me still that Finnish is one of the hardest languages on Earth? 😉

You just need to learn how each alphabet is pronounced. Once you have learned them, Finnish pronunciation will be a piece of cake for you. Here is a Youtube video that teaches you how to pronounce Finnish alphabet correctly. Youtube-channel inFinnish that has made the video seems very useful if you want to learn Finnish so I would recommend checking their other videos too.

Somebody may have some monster words from Finnish and then claim that Finnish is hard. Well, in any language there are easier and harder words to pronounce. But let’s take one example. 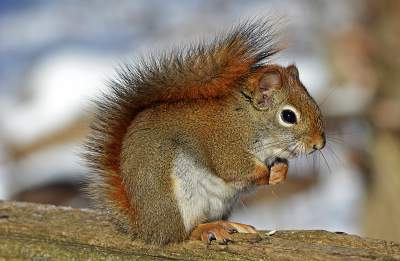 Squirrel is quite a challenging words for many of those who are learning English as a second language. The same word in German is Eichhörnchen which isn’t very easy either. However, a Finnish word for squirrel is orava which is very easy. You just pronounce it as it’s written.

In Finnish “R” is pronounced in the same way as in Spanish. It’s so-called rolling “R.” It may cause you some challenges in the beginning if your only language has been English, but you will learn it over the time course. I had the same challenge with French because their “R” is different than Finnish “R.” But I just listened how native French speakers pronounced it and tried to pronounce it in the same way. Probably at first, it didn’t sound excellent but over the time course, it has improved.

In my opinion, talking a language with a native speaker is one of the fastest ways to become fluent in a language. And when you have a language partner, you are also building a friendship with someone which is fun. Having a native friend can motivate you to learn more so that you could speak with him/her more fluently.

Even though you would be a total beginner, having a language partner can be profitable because then you can go through together some words. You can also talk Finglish which means that you are mixing up English and Finnish. Then you will reinforce your vocabulary and learn new words from your friends.

The easiest way to find a language partner if you are not living in Finland is through Italki or Hellotalk. There you can find many Finnish native speakers instantly.

You can also contact me because I am a Finnish native speaker and maybe I can help you out. But currently I am concentrating on building my website, so I don’t have very much time for language exchange but just leave a comment or contact me on social media, and we can be in touch.

I have got a lot of motivation for learning languages when I have seen that people use it in real life. When I wanted to learn French, I bought flight tickets to Paris and decided that I will stay there for one month. I figured out that it will help me to learn French and give me motivation. And it did.

When I saw in real life that people were communicating in French, I realized that learning this language can be useful for me and I wanted to learn it. I also got motivation before the trip because I knew that soon I would be able to use my French skills in practice with native speakers in Paris.

There are not so many Finnish podcasts as with big languages like Spanish, English or Chinese. But you don’t need to have many because even one great podcast is enough to take your Finnish skills to the next level.

Probably the best Finnish podcast is FinnishPod101. It is part of LanguagePod101 series, and their service is very high quality. They have over 680 audio and video lessons and tons of other tools that will help you to become fluent in Finnish. I think this one is the best single tool that you can use to master Finnish.

FinnishPod101 Offers You Variety of Resources

There is a website called Venla.info where you can find lots of useful material for the Finnish language. Vocabulary, grammar, exercise and many other resources that will boost your Finnish skills.

Here is a link for an info bank where you can find tons of material for learning Finnish.

My recommendation is that you study every single day because then you are making progress. Even though you would be studying 15 minutes a day, it’s much better than 2 hours once a week. A Little progress every day adds up to significant results.

1.Get rid of the idea that Finnish is hard. It’s like any other language in the world, and it’s much easier than most languages. The more you practice, the more you can speak it.

3.Listen to FinnishPod101. Listening to this podcast will build up your vocabulary, Finnish phrases, grammar knowledge and all skills in general.

4.Use other resources that I listed there. Pimsleur’s course will probably give you a huge boost to your Finnish skills. Even though it’s not a very cheap course, it can be worth it if you want to learn to speak the Finnish language.

I believe that the biggest thing that holds people back from learning Finnish is that they think it’s hard. Another thing is that they don’t use a time to practice it. But if you are practicing Finnish regularly, one day you will speak it fluently. That is just a natural cause of practicing a new language.

Why are you studying Finnish?

What are your favorite ways to learn Finnish?

8 thoughts on “How to Learn Finnish Language Fast? – Important Tips and Resources”