One of my best friends learned French by using Pimsleur’s method. He said that he used it with headphones when he was moving around by bike. So he didn’t need to use any time studying in front of a textbook. Today in this Pimsleur Review I am going to show you what is the Pimsleur method and tell my opinion about it. I can give you a little spoiler. It is much better than the methods that we use at schools to learn languages.

What Is Pimsleur Method All About?

Pimsleur method is a world famous language learning technique created by Dr.Paul Pimsleur (also called as “Einstein of learning languages”)
over 50 years ago (1928-1976). He saw that many people struggled to learn languages at school with old and boring methods. Students were trying to memorize grammar rules and force to learn somehow. Still, they didn’t learn to speak while little kids learned a new language in a few months or maximum in a few years. The Pimsleur method teaches you to speak a foreign language in a month!

We know in LanguagesAreEasy.com that adults are faster language learners than kids if they are using the right methods. The Pimsleur method is based on a few science proven principles.

1.Learn little by little through repetition. Your vocabulary will expand gradually starting from basic phrases like “Hello, how are you?” Before you forget the old phrases, you review them and then move to new ones

2.Learn from native speakers. Think how children learn a new language. They listen native speakers speaking and then they just copy what they have heard. Little by little their vocabulary expands. If you want to talk like a native, you need to listen a lot how natives speak.

3.Learn essential vocabulary. When I was studying Swedish at school, I needed to learn vocabulary about Saimaa ringed seals. That is where many language courses fail. We learn a vocabulary that is not relevant for us and not important at all. Pimsleur’s goal is to teach you phrases that you will need in real-life situations. When you have learned the most important phrases, it becomes much easier to understand more “special” words too.

4.A word is on the tip of your tongue. When you speak a language fluently, it means that you don’t need to put any efforts for talking. Words just come naturally out of your mouth when you want to express yourself. That’s the target of Pimsleur.

This Youtube video “Pimsleur Approach: The Secret to Start Speaking a Language Fast!” explains you thoroughly in 14:40 minutes what is Pimsleur method all about.

=> Start Learning with Pimsleur Language Program (Get a discount today!)

Pimsleur is an audio-based program, so there’s a big difference to many other programs where you mainly read texts. There are some documents to help your learning also in Pimsleur, but the primary focus is on listening. It is a natural way how people have learned languages for thousands of years. How do you think that people learned languages back then when we didn’t have books?

Pimsleur tells you “mini-stories” so you can study phrases in their natural context. You imagine for example being on the street and asking for directions to a supermarket or being in a restaurant and talking to a waiter.

The process goes more or less in the following way:

1.You hear the phrases in a language that you are studying, for example, French.
2.You listen to the explanation of that phrase in English.
3.You repeat the phrase.
4.Then will come a “test.” You are in that situation, and you need to recall what to say in different circumstances. When you have had a little time to think, the narrator will tell the right answer.

The Pimsleur method promises that you will learn to speak a foreign language in one month. It consists of 30 half an hour lessons. So you will take one 30-minute lesson each day in a month. There are a different amount of courses in different target languages. For example, in Pimsleur French, there are five courses, in Pimsleur Chinese 4 courses and Pimsleur Finnish there is one course of 30 lessons. 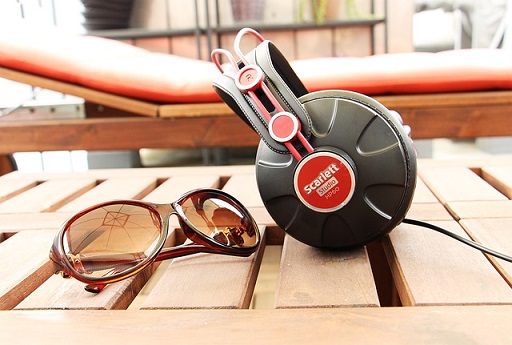 All you need is headphones to study a language with Pimsleur

What Are the Main Benefits Of Using Pimsleur Method?

You can learn Pimsleur’s methods wherever you are whenever you want. Despite the fact that you wouldn’t have any time for studying a language you can use it. You can learn Spanish when you are cooking. Or you can learn German when you are jogging. Just put on the headphones and start learning. I love audio methods for language learning because they are very effortless and don’t take any time.

I like the way of learning languages in a natural context. Pimsleur gives you the situation, and then you need to speak how you would say in a natural situation. Most language courses are based on listening and reading, but Pimsleur teaches you also pronunciation and speaking because you need to open your mouth. If you are in a situation where you don’t want to speak (for example in a plane), you can also think the response in your mind. But the method is most useful when you talk out loud.

I am not the big fan of memorizing hundreds of grammar rules and conjugations from a textbook. Pimsleur’s approach is different because you will not try to learn grammar by memorizing them. You will learn grammar “automatically” in various situations. If you are not a person who loves to sit in front of a grammar book, then this method is not for you. But in my experience, most people don’t like memorizing grammar rules.

What Are the Cons of Pimsleur?

Somebody criticized Pimsleur’s approach because it teaches you a formal language. Most of the time you don’t address your friends or workmates formally. Still, it is also important to know these more friendly ways to use a language because it’s polite. For example, in German, it’s much better to ask for something in a supermarket starting with “Haben Sie…” rather than “Hast du…?” (Both mean do you have…?)

Or if you are talking to an older person in France and you didn’t understand what he said, it’s more polite to use “Voulez-vous répéter, S’il vous plait?” instead of “Veux-tu répéter?” Of course, both of them are right, but it’s important to know how you can use the language politely.

Who Is the Pimsleur for?

The Pimsleur method works for total beginners and more advanced students as well because they have many levels. If you a complete beginner, you can buy the first course. But if you have studied a language before, you can buy a more advanced course, for example, course 4.

Pimsleur course is especially for people like me who like learning a language by listening. In my opinion, it’s relaxing and doesn’t take almost any effort. When people complain me that they don’t have any time and energy to learn a language I ask why they don’t just use a method where they just need to listen. Even though if you wouldn’t concentrate 100% on listening you will always grab some new vocabulary and grammar rules will sink into your mind.

What Is the Price Pimsleur?

Pimsleur’s language course is a premium product. You get access to a method created by the “Einstein of language learning” over 50 years ago. That’s why the program is not very cheap.

One course of 30 lessons costs $150. I admit it is a lot, but sometimes you can get a 20% discount. And think what are the benefits when you learn to speak a foreign language. It can add enormous value to your life that can’t be measured in money. The ability to speak a language fluently is worth tens of thousands of euros.

If you buy many courses in a bundle, you can get also discount. For example, a single French course costs $150, but a package of 5 courses costs $575. Then with 20% discount, the price is about $460 = 430€. If you would buy a course at a local language school here in Austria, it costs 340€/course which means 19 lessons. In Pimsleur, you would get 150 lessons for 430€, and you can guy through the lessons as many times as you want. The value for the price is much better than in a local language school.

My Final Opinion of Pimsleur

In my opinion, Pimsleur’s method is one of the best out there. When it gives you “mini-stories” and gives you an opportunity to speak a language, it forces you to think. You can’t always find time to find and practice with a language partner, but you can learn with Pimsleur anytime, anywhere.

It can give a huge boost to your language skills. They promise that you will speak a foreign language in one month. Probably you will not speak it fluently yet, but you are on your way to fluency. Start Pimsleur Language Program today!

Have you used Pimsleur or other similar methods of learning a foreign language? Leave a comment below!

99 thoughts on “What Is Pimsleur Method? A Natural Way to Learn a Foreign Language”