There is a huge misconception that adults couldn’t learn languages as fast as children. However, studies have shown that adults can learn languages faster than kids if we are using right methods. If you have ever thought, “Can I Learn a New Language As an Adult?” I can assure that yes you can. And it can be much easier than ever before in your life. Anyone can learn a new language!

When I Get Older, I Learn Languages Faster

Okay, I am still quite young, only 23 years and 8 months old. But I have noticed that the more years I have under my belt, the easier it becomes to learn a new language. When I was a kid, I didn’t have a clue about anything. I just did what adults taught me and then I followed my instincts. That’s what all kids do. As an adult, you can look things from more perspectives than you could ever before because now you have more experience.

Then when I was a teenager, let’s say 13-17 years old, I just learned languages in a way that my teachers taught me. If they stated that I am talented with languages I believed it. If I saw that somebody didn’t succeed with foreign languages at school I just thought that he is not as good as others. I did very well at school with every subject because my mother had taught me to be hard-working and to do school works diligently. But I couldn’t learn languages as fast as I can nowadays. 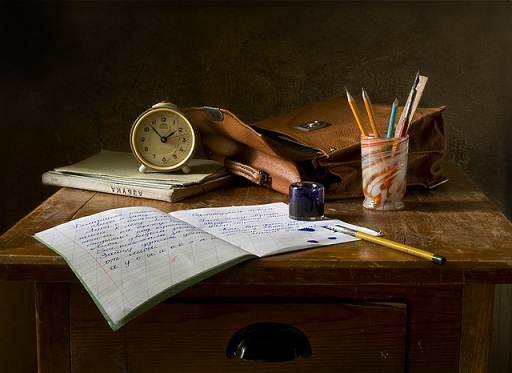 When I studied languages at school, I didn’t know very much about better learning techniques. At school, we mainly read our textbooks, had listened and reading comprehension exercises and then had exams. There were, of course, some exceptions but that was it like 90% of the time. Was language learning at your school quite similar or was it different?

Nowadays I have found many natural, more relaxing and fun ways of learning languages. Here are some awesome methods that I have found:

The bottom line is that I have nowadays much more resources to learn a new language than I had as a kid or as a teenager. In addition, I have much more knowledge and experience. I know what kind of techniques work and don’t work for me. If you have found language learning hard, then you have only used wrong methods. Now you know that those techniques don’t work for you but you need to find the ones that will work for you.

“But You Have At Least Some Background from Language Learning”

Yes, I studied languages already at school, but that is not a requirement for learning new languages as an adult. Benny Lewis was able to speak only 1 language when he was 21 years old, but 10 years later he already spoke more than 10 other languages. If he could do it, you can do it.

Benny’s experience, my experience, and many other people’s experience show that learning a new language is much easier as an adult. So you can’t use that excuse anymore, “I can’t learn languages because I am already an adult.” You need to find a new one or start practicing and see how much progress you can make.

The Law of Cause and Effect

Our world is full of different kind of laws. There are physical laws and other laws. If you drop a pen, it goes down. That happens because of the law of gravity. But then there are other laws like the law of cause and effect, also known as, the law of sowing and reaping.

It means that everything we do (this is the cause), it has a particular effect. For example, you will sow seeds to the ground, and at the end of the summer, you will reap the harvest. And in the practical life, if you workout a lot, you will be in good shape. But if you eat lots of sugar and unhealthy foot, you will be fat.

Every action we take has some kind of effect. If we keep on sowing good things to our life, we will reap a good harvest. We will be happy and we will enjoy. On the contrast, if we do negative things, our life will not be so happy. If you have good habits, you workout regularly, eat healthy food, sleep enough and regularly, your body will be healthy and you will feel good. But if you drink a lot of alcohol, smoke, have an irregular sleeping time, then your body will react in a negative way. You can know the results beforehand.

The same law applies to learning a new language. If you study it only once a week by reading a textbook for two hours, your progress will be very slow. I can tell it to you right away, so you won’t be disappointed. But if you practice a foreign language every day with creative and enjoyable learning methods, your progress will be fast, and you will learn a new language for sure. 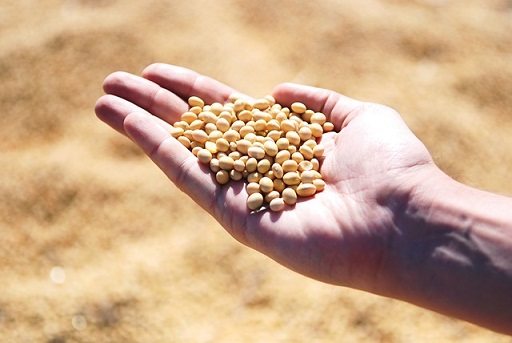 Keep on sowing seeds to the ground (practice), and one day you will reap the harvest (you can speak a language fluently)

Let’s make a fun mind game. You are a guy, and your friend wants to introduce one girl for you. He explains how she is: “She is very beautiful. She is also very smart and it’s a great pleasure to have conversations with her.” Would you like to know her? Of course!

But what if your friend would describe her like this, “She was quite tired and looked a bit lazy. She also came too late to our meeting.” I think you wouldn’t be as interested in meeting that girl.

Then try this with languages. Your friend tells you how hard language French is. He says that pronunciation is strange and Bla Bla Bla. Does it help you to learn French? Definitely not! That kind of talk only holds people back and should be banned by law! 😉 Check out how to learn French Easily and Quickly.

What if I say that there are hundreds of similar words in English and French? What if I stated that I learned to speak French online without professional teachers? What if I start explaining all the aspects that make French easy?

I guess that you will feel much more motivated to learn French after that kind of speech. What do you think? We shouldn’t concentrate on hard things because it doesn’t get us any further. Instead, we should focus on practicing and doing the “hard work.” That makes progress, and that’s what it takes to learn a new language.

I have heard some people even claiming that German would be hard. Couldn’t be further from the truth if you have already mastered English. Want to know why German is easy? Read more here.

How to Apply the Law of Cause and Effect to Learning a New Language?

According to the law and cause and effect, practicing a new language makes progress. If you practice for 1 hours, you can hardly expect the same results like the guy who has practiced 10 hours. If you are studying with ineffective techniques, you can expect bad results. But if you are studying with the same techniques like the best language learners in the world, you can expect much better results.

“If you hang around with losers, you’ll end up being a loser.” -Les Brown

Some people will continually keep on telling you that this and this language is hard. That’s not very encouraging. Many people give their opinions and perspectives only from their life experience. If they haven’t achieved something, they don’t believe that it would be possible for other people either. I have figured out if something is possible for one, it’s possible for you.

If somebody, no smarter than you, has learned to do something, you will learn the same thing for sure. If you can improve that person’s method’s even a little, then you achieve even greater results. But I wholeheartedly recommend that keep those individuals who have already achieved something as your role models. Not those you haven’t achieved anything.

With language learning, it means that listen to those that already speak several languages. Not those who can’t.

Now I want to hear from you. Have you learned new languages as an adult? What kind of learning methods was useful for you? What kind of methods were not?

10 thoughts on “Can I Learn a New Language As an Adult? YES YOU CAN!”