Has somebody asked you, “Why should you learn a foreign language”? Or maybe you have wondered yourself, why should I study a new language? Isn’t my current language knowledge enough?

Today I will give you seven important benefits of learning languages. I believe that these will motivate you to learn more. Read all the reasons, and at the end of the article, I will share you a resource that will revolutionize your language learning. I can easily say that by using that method, you will be learning faster than ever before.

But let’s start with reason 1!

Studies show that speaking more than one language, makes your brain work better. You will learn faster, your memory will improve, you will have a longer attention span and a risk of age-related cognitive decline reduces. These are just a few of many positive benefits that learning a foreign language will make to your brains and there are much more. If you want to read an example, here is one study which talks about The Cognitive Benefits of Being Bilingual. 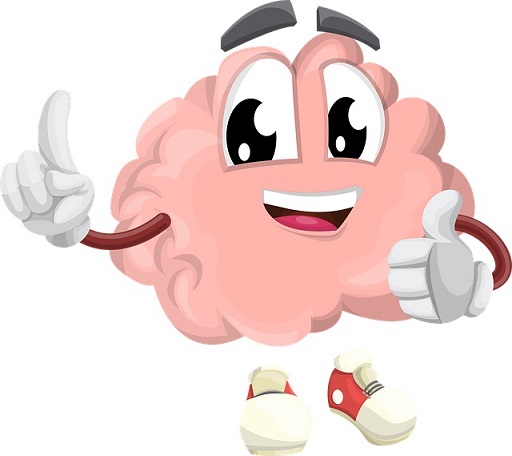 2. Learning a language gives you a better salary and job opportunities

If I couldn’t speak other than my mother tongue, I would have missed many international employment opportunities. I have done one internship in Spain, one in Indonesia and currently I am working full-time in Austria. Only God knows where I will be in the future and what language I will be speaking in my job. 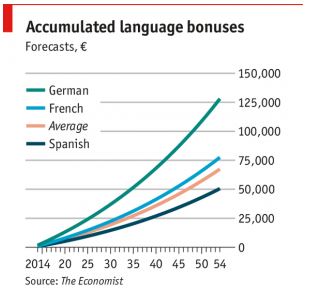 Speaking a foreign language can significantly boost your salary

Many times language competence also gives you a better salary (see the picture). Or if salary level is not the best in your country learning another language can open new doors for working in a better-paid country. Imagine for example that in Switzerland working in Lidl grocery store your minimum monthly salary is almost 4 000€ (for a full-time worker). Average wages in Switzerland is about 6 000€/month which makes 72 000€/year.

In Switzerland you would be earning 3-10 times more than in many other countries in highly educated jobs. And please don’t start to talk me about high costs of Switzerland. If you live in a country where you earn more, it will cover your costs and more money will be left in your pocket. If you disagree, make calculations with real euro amounts and contact me only after that about this subject ;).

Let me give a simple example. Your net salary in Finland is 2 000€/month. Your monthly costs are 1 500€/month. You have 500€ extra each month. Your net salary is more than double in Switzerland are with a lower tax rate. If your salary would be only double it’s 4 000€/month. Then your daily costs like food is 1.3 more than in Finland according to EU-statistics. But let’s say that your cost would be double compared to Finland which makes 3 000€/month. You will have 1 000€ extra each month. See the difference? And this calculation was not even realistic because the situation is actually much better in Switzerland.

I have friends from Spain, Indonesia, Hungary, Dominican Republic, Costa Rica, Mexico, Peru, Cameroon, France, China, Vietnam and many other countries. It’s a wonderful to know people from all around the world. It makes my life richer to hear from people about their cultures, families and national habits.

If you can’t speak the same language as the other, you can also sit down, smile and show thumbs up… But what if you would like to know another person more? What are his hobbies, passions and dreams? Or what does he think about other things?

Speaking the same language makes it way easier. I don’t mean that you should speak the same language perfectly but the deeper relationship you want to create, is more important that you can also communicate with words. I know this from experience. If you try to speak the other person’s language, it can be fun and rewarding to speak together. You will learn something new all the time and meanwhile you are having a good time.

4. Learning a language makes your life way more fun if you are living abroad

I was residing in Indonesia for two months in the spring of 2016. It was a pleasant experience. People were very friendly to me and I am ultimately thankful for my host family, my friends (especially Christina) and to all people at the school where I did my internship. People there were literally awesome!

However, I had one challenge while staying there. I didn’t understand the local language. I had never studied Indonesian before and I didn’t put much effort into learning it because I thought that I wouldn’t need in the future (I am not sure if it was a wise decision because I would have an excellent opportunity to learn it fast while living there).

What do you think? Have you lived abroad without being able to speak/understa74nd the local language? Or have you lived abroad when you understood the local language? Share your experience and thoughts below in comments. Now I am residing in Austria and even though German is easy to learn, it requires some more practice to reach the fluency. I am excited to see how I progress every week.

I am just wondering how small my worldview would be if I could only speak Finnish which is my mother tongue. I could not communicate with foreigners, dig into very deep into some cultures and to get information on any other language.

If I would speak only Finnish, I couldn’t have got to know many of my Latino friends who speak Spanish. I have learned from them how important families are in most Latin countries than for example in Finland. In my home country, young people move away from their parents’ house already when they are 18-20 years old. When I was 21, I was the only one in our class who was living with a parent of about 30 students.

In Finland (generally speaking) people are not so close to their family members than for example in Latin America. If I had only known the Finnish culture, I would think that young people must move away when they are 20. Now I know that in many cultures that don’t happen and it’s not even normal.

That’s just one example of cultural differences but of course I could tell much more. When you dig into a new culture, you start seeing your own culture in a new light with new eyes. If you only stay in your own country, you will limit yourself from many interesting ideas and perspectives.

In my opinion, this is one of the most important ones. Understanding English opens the doors for tons of useful information. Most of the content online is in English. If I could speak only Finnish I would have like 0,000001 of Internet’s information available.

Now because I understanding English, the amount information I can get expands hugely. My Spanish skills give me more opportunities, French skills open more doors and German even more. Every language that I have mastered opens my new doors and new pieces of knowledge.

7. You can dig into new songs, books, and movies

I don’t know what language interests you but learning it thoroughly, will open many new doors to different kind of songs, movies, and books. I don’t personally watch movies almost ever but watching a good movie in a foreign language is an excellent way to improve your listening comprehension.

When I am learning a new language, I like to listen audio books. Then I am hitting two birds with one stone. I am learning something valuable from the book and at the same time I am learning new vocabulary/grammar and correct pronunciation.

What are your reasons to learn languages?

All humans have many similarities but at the same time, we have slight differences. You may not have exactly same dreams and goals as your neighbor. Also, your reasons to learn languages may be different than mine. Or they can be exactly same.

Tell us why you would to learn a new language? For example, one typical reason can be that your girlfriend/wife/boyfriend/husband is from another country and you want to learn to communicate with him in his native language. And in many older people don’t speak many languages so if you want to talk with his parents’ you should learn their language.

Let me know your reasons! Leave a comment below.

Want to speed up your language learning process?

If you know my story before I wasn’t really good with languages before but then I found Benny Lewis who revolutionized my language learning. I found a way to learn languages while having fun instead of old and boring ways.

I can wholeheartedly recommend taking a look at Benny’s course “Fluent in 3 months“. It will change the way you learn languages, and you will save hundreds or even thousands of hours of your life because you will learn much faster than before.

I just bought a few Benny’s courses today (26.11.). I wouldn’t recommend you something that wouldn’t work. I know that Benny is one of the best language experts in the world and his methods work. I am using them myself, and I have seen that results are impressive.

Give a huge boost to your brains, worldview and international friendships. Start learning languages faster than ever before.

21 thoughts on “Why Should You Learn a Foreign Language? – 7 Reasons That Will Give You Motivation”