Have you heard me or someone using this strange term “polyglot”? Maybe you are asking, “What is a Polyglot?” or “How could I become one?” Today I am going to explain what that word means and you could become a polyglot.

Definition of a Polyglot

According to Dictionary.com polyglot is simply “a person who speaks, writes, or reads a number of languages.” It can also mean a few other things in other contexts, but this is the most common way of using it.

There is no accurate statistics how many people in the world are polyglots, but it’s often said that more than half of the world speaks 2+ languages. Some estimate that even more than 65% of world’s population can speak more than one language.

The United States is one of the largest monolingual areas on Earth. In many countries in Asia and some parts of Africa, most people can speak 3 or 4 languages already since their childhood. So, being a polyglot is not uncommon. It’s very natural for human beings to learn many languages.

Anybody can become a polyglot. 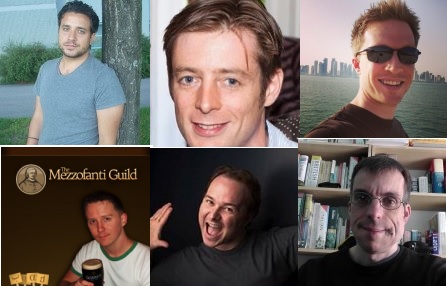 What Is a Hyperpolyglot?

There are a few different definitions for a hyperpolyglot, but one standard definition is the following:

Hyperpolyglot is a person that speaks more than 12 languages.

You may think that how is it possible for someone to speak more than 12 languages. That’s what I taught about two years ago when I first time heard about Benny Lewis who was speaking 13 languages. Being a hyperpolyglot is not very common, but there are more than you may think.

Those people are not super humans or something like that. They have just made a decision to learn a language and then they are using the most effective techniques for learning a new language.

How to Become a Polyglot? – 5 Powerful Tips

I know many people who would like to acquire new languages, but they don’t know how. That’s why I created LanguagesAreEasy.com. Our mission is to help people to learn languages faster and while having fun. Here are 5 tips how you can become a polyglot. Or if you are polyglot, then these tips will help you to learn even more languages.

If you just “somehow kinda want to learn a language,” then you probably will not learn it. You need to want really want it. Do you need it for a new job? Do you need it so you can communicate better with your wife or with her parents? What is your why?

I could also ask what are your Whys because many times there is more than one reason to learn a new language. It’s always better if you write down those goals to the paper. Then they sink deeper into your mind, and you can also see that paper if you feel discouraged during the learning process. Define you why and you are already halfway becoming a polyglot.

How to eat an elephant? One bite at a time.

Do you know people who start something new and they do it like crazy, but after 3 days, they quit? Learning a new language requires consistency and persistence. A Little progress every day adds up to significant results.

Even 30 or 15 minutes a day can make enormous progress if you keep on practicing every day. Use Duolingo, Memrise or other language learning tool to keep you motivated every day.

3.Be willing to make mistakes.

If you want to learn a new language, you need to be ready to go out of your comfort zone. Sometimes you will make mistakes, but that’s what happens to all.

Are you afraid that people will laugh at you? Don’t be scared of that. Is it so bad if you make someone smile or laugh? When I was in Indonesia for two months in 2016, I tried to pronounce Indonesian words. I know that the Indonesian language it’s not very complicated, and the grammar is quite easy.

But naturally, I made mistakes because I had never spoken a word of Indonesian before. People laughed at my pronunciation. But then I thought again, “I think it’s a good thing if people are happy and they are laughing.” 😉

Would it be cool to practice the language “in real life”? Would it be great to learn the right pronunciation? Find a native speaker and practice with him/her. Nowadays you can find native speakers for any language in 5 minutes in Italki.

Having a language partner will help you hugely in the process of becoming a polyglot. Have you ever tried practicing a language with someone regularly?

Time went on, and I kept on practicing Spanish. I also found a language partner on Italki. Then next summer (2015) I visited Paris, and I was in a Spanish-speaking Bible study again. And guess what? I understood almost everything! I was able to communicate in Spanish easily, and I knew what people were saying.

It was so great feeling because I remembered that time when I was in Fuengirola. I had made enormous progress. That was motivating!

So when you start working on becoming a polyglot, you will see results. It is so as sure as the sun rises from the east and sets in the west.

Want to Become a Polyglot Faster?

You will speed up the process of becoming a polyglot by applying the principles that hyperpolyglots give you. Those people who speak 12, 20, 30, 40 or even 50 languages. They really know how to learn new languages.

In Benny Lewis’ Fluent in Three Months -course you will learn from the best language learners in the world. You will see and hear their best tips on becoming a polyglot. Who knows if you will become a hyperpolyglot one day?

=> Have a look at Benny’s course if you want to speed up the process!

Do you know many polyglots? What are your favorite ways to becoming a polyglot?

8 thoughts on “What Is a Polyglot? 5 Tips on How to Become a Polyglot”