Today we are going to discuss “What Is the Easiest Language to Learn for an English Speaker?” In the end of this article I am going to give you 5 languages that are very easy. But first I share you 3 ideas that highly affect how easily you will learn a new language.

Do you already know Benny Lewis? He is my “language guru” and I believe in his wisdom because he speaks more than 10 languages fluently. He has also learned from the guys who are speaking more than 40 languages themselves.

In his books “Why French Is Easy” and “Why Spanish Is Easy” he explained that the hardest languages that he has ever learned were Spanish and French. Isn’t that quite surprising! Benny is himself an English speaker and I would assume that those are two easiest languages for him. But no.

He said that even learning Chinese or Hungarian was much easier than those two languages. He explains that the difficulty didn’t have so much to do with complicated grammar and words. As we know both Spanish and French have hundreds, if not thousands, similar words with English. The main reasons why they were so hard to Benny were his wrong attitude and ineffective learning methods.

This proves us the point that the better attitude and learning methods you have, the easier it will be for you to learn a new language. 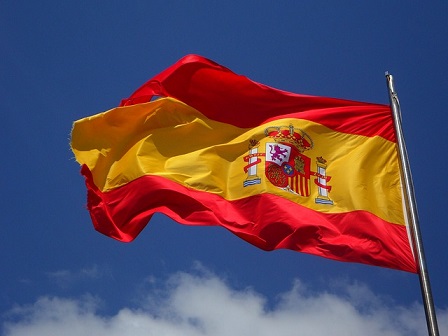 Spanish was surprisingly the hardest language that Benny Lewis has ever learned!

Let’s say that you have a Brazil wife and her parents don’t speak any English. The only language they speak is Portuguese. You really would like to talk with them but you can’t if you don’t learn their language. You decide that you are going to learn Portuguese no matter what it takes because it will feel so good to talk with your parents-in-law.

In this situation, learning Portuguese will be much easier than, for example, learning Spanish if you don’t have such a motivator.

Let’s say that you would like to work in Switzerland but in order to have a work of your dreams, you need to speak German. Guess will it be now easier to learn Norwegian that you will hardly ever use or German that will open you a work that you have wanted?

Our level of motivation will always affect how easy new language will be and how fast we will learn it. Half a year ago I knew that I will move to Austria because I will start a new job here. I started studying German and I got from 0 to B1-level (conversational) very quickly. Then I came here and I realized that I am not sure if I need German because everybody speaks English.

In addition, I don’t know how long I would live here. My initial motivator was gone and my progress with German slowed down significantly. Probably I will still put more effort for learning German but I need to find my motivation. Here are 7 tips that you and I could use to motivate yourself to learn a new language. 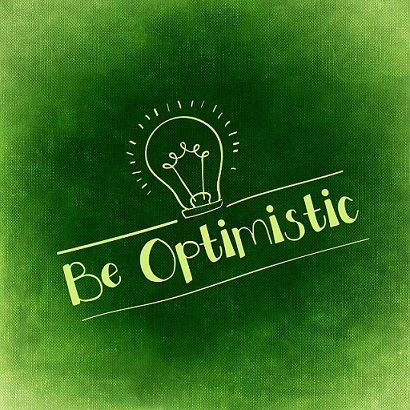 Always be optimistic when learning a new language. It will help you a lot!

Your Prior Language Knowledge Affects

My native language is Finnish but I also speak English, Spanish, and French. All those are very close to Italian. It makes it very easy for me to learn Italian. I have never actually studied it but I can understand when my Italian workmates speak with each other in the workplace.

But I can’t understand when my colleagues from the Eastern Europe speak with each other. What if I had learned Czech, Polish, and Slovak? It wouldn’t be too hard for me to understand what my Serbian colleagues are talking about.

So, if you have already a background about some other languages, it naturally affects you easy another language will be for you. But remember, that’s not the most important factor. Even though Benny spoke Spanish, English and Italian, it was hard for him to learn French because his attitude wasn’t good.

Always believe that you can learn a new language easily if you just practice and speak. And you will.

We now understand that it’s impossible to say what is the easiest language for each individual because of everyone’s background, attitude, and motivation are different. However, we can still see which languages are close to English with their grammar and vocabulary. I have used The Foreign Service Institute’s (FSI) rankings and picked up 5 easy languages for English speakers. Here they are.

That’s probably not the first one that comes to your mind. It’s still one of the easiest languages for an English speaker. If you are planning to move to South Africa, it would be wise to learn Afrikaans. There are more than 6 million speakers and in the whole world, there are around 9 million speakers of Afrikaans.

It’s mainly spoken in South Africa and also in Namibia. Some people say that Afrikaans is a mixture of English and Dutch. Have you ever studied some Afrikaans?

These are obvious. Even though you would have never studied a word of Spanish or French, you can still read some easy texts. You can understand meanings of so many different words. Read more in Benny’s language guides for French and for Spanish.

I have noticed that when you know a word in English, 80% of the time you can just use the same word in French and Spanish. Just change the pronunciation a little bit. Of course, this doesn’t apply to all words but for sure it makes communicating in these languages much easier.

The pronunciation for these two languages is not very hard even though sometimes it may feel like it for a beginner. You just need to learn a few rules and apply them. If you have challenges to get the rolling “R” in Spanish, don’t give up. It will for sure come over the time course if you practice. Even if it wouldn’t come, I think that Spanish sounds quite cool with an English accent.

If you have already learned Spanish and French, then learning these two will be a piece of cake. You will be fluent in a few months if you study diligently. Even though you wouldn’t have any background from other languages than English, these languages will not be hard for you.

Grammar and pronunciation are very straightforward. Especially Italian pronunciation is very easy because it’s just pronounced as it’s written. Vocabularies are also close to English which makes those two languages easy to learn for you.

How to Learn a New Language More Easily?

Have you heard what is a recipe for success? It has two steps.

1.Learn what other successful people have done.

2.Do the same things that they have done. Eventually, you will achieve the same results.

If we talk about learning languages it means that we need to learn from those who have already learned new languages. They know how the process goes and how you can overcome all challenges. They have used thousands of hours on finding the fastest and the easiest methods to learn a new language.

That’s why we should learn from them.

If you are interested in learning new languages faster, I recommend having a look at Benny Lewis’ Fluent in 3 Months -course. There you will learn from the best language learners in the world how they managed to learn even 50 foreign languages. Benny Lewis’ teachings revolutionized my language learning and I am sure that he can help you too. => Start Benny’s Course Today!

I hope you have enjoyed reading my article about the easiest languages. Now I would like to hear from you.

Let me know in the comments below! :

8 thoughts on “What Is the Easiest Language to Learn for an English Speaker? This Will Surprise You!”