Get a comfortable seat and let’s go! 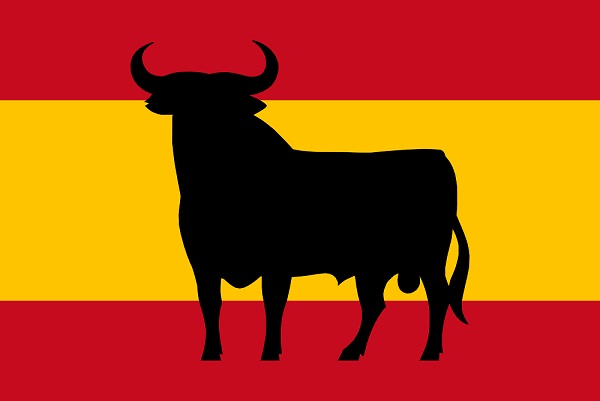 Spanish is a huge thing. There are half a billion native speakers (or even more) worldwide, and It is an official language in 20 countries. It is world’s second most popular second language right after English. It feels that almost everywhere I go, I meet some Spanish speakers. That will also help you to practice your Spanish skills. They are everywhere like Chinese people are ;).

If there are no Spanish speakers in your hometown, you can easily find a Spanish language partner on Italki or from other social media like Facebook. Even though you would be able to speak only a little bit of Spanish, people will appreciate it. In general, people are happy when somebody speaks their native language. I am glad when someone can speak even a few sentences in Finnish.

By learning some key phrases in Spanish, you can already make a positive first impression and get a real connection with other a person.

In most of the Spanish-speaking countries, people don’t speak fluent English. It means that if you don’t speak Spanish, your communication with residents will be challenging. I lived for 3 months in Fuengirola, Spain and was surprised how little people there speak English even though the place is full of tourists. The same applies to most parts of Spain and Latin American countries.

If you can speak Spanish, you can easily connect with local people. You can have better service for example in restaurants, create friendships, have a chat with locals on the beach or whatever you want.

You will also get friends more easily if you are speaking the same language as Spanish people. Because most of them don’t speak fluent English, it’s precious that you can speak Spanish. And I have noticed that Spanish and Latin people are very friendly and hospitable.

If you learn Spanish, it will boost your potential in a job market. You will find more jobs available for you and employers find you more attractive. With your Spanish skills, you already win many other job applicants who can’t speak a word in Spanish.

In some jobs, Spanish is a necessity when a company has many Spanish customers or business partners.

One thing you want to consider is that usually, the salary is not as high in Spanish speaking country than many western nations. But you can for sure find very high-paid jobs if you are a valuable employee and you have excellent skills. Also, Spanish-speaking countries are also much cheaper, so living costs are not so high. That’s one reason why so many Finnish people have moved to Spain. Another important reason is, of course, the sunrise and beautiful weather in general.

All these countries use Spanish as a native language

Spain, Argentina, Chile, Dominican Republic, Costa Rica, Peru, Colombia and other fascinating countries. All of them use Spanish as a native language. When you can speak Spanish, you can dive into these cultures. Get to know local people and understand everything that they are talking. A new world will open for you.

You will get deeper into Latin cultures and probably learn something about your culture too. When I have dived into new cultures, I have come to look my culture in Finland from a different perspective.

In my opinion, Spanish is an ultimately beautiful language. I like how it sounds, and I enjoy talking it with native speakers. Also, there are many beautiful songs in Spanish that I love to listen over and over again.

I didn’t always think like this. It didn’t sound so beautiful in my ears before, but I have noticed one thing with languages. The more I learn a language, the more beautiful it starts to sound. It is, of course, a personal preference. When I first started learning French, it didn’t sound charming either, but when I began to understand it more, it sounds more and more beautiful. What do you think? Has the same thing happened to you?

You may have noticed that Spanish is not only as a language but also many Spanish speakers are very beautiful! Isn’t that also a good reason to learn some Spanish? 😉

How to Learn Spanish Quickly? Check These Powerful Resources

Benny Lewis is a language guru who speaks 10-15 foreign language including Spanish. However, he hasn’t been good with language his whole life. Benny struggled with Spanish way back in his life. He studied it at school and even lived 6 months in Spain but wasn’t able to speak it.

Then he realized that he had used wrong techniques to learn it. Before learning languages was hard for him but after discovering better methods learning became comfortable. I recommend you to take a look at Benny’s course Fluent in 3 Months if you would like to boost your Spanish skills quickly. He has an enormous amount of tips how you can learn it faster. There’s also a huge resource bank where you will find lots of useful material for learning Spanish.

Benny Lewis has also made a language learning guide which is only targeted for Spanish learners. It is called Why Spanish Is Easy. Benny’s teachings are always powerful and work for sure.

If you want to sound like a native Spanish speaker, then you will like Mimic Method. It made by a man called Idahossa Ness. He learned 5 languages as an adult and Spanish was one of them. He teaches you how to get a real native accent to your speaking.

Pimsleur also has 5 full courses for Spanish learners. It is an audio-based method where you will learn by listening native speakers and exercising to speak like them.

Now I want to hear from you.

Do you speak Spanish? Do you find it a beautiful language? Why is it important to learn Spanish in your opinion?

8 thoughts on ““Why Learning Spanish Is Important?” – Check These 5 Interesting Reasons!”