After learning to speak a few foreign languages myself and observing how other people have become fluent speakers in many languages, I have realized that learning doesn’t need to be boring. That’s why we I am going to show you today 7 creative ways to learn a new language.

With these methods, language learning can be fun, exciting and interesting. Which one is your favorite method of learning?

Be creative when learning new languages. It makes learning fun and easy!

Language games have been a huge help for me when I have improved my Spanish, French and German skills. When I started studying German, I didn’t do almost anything than played Duolingo. I decided that I will use every day at least 10-15 for playing Duolingo German and see how well it works.

And I can tell that it worked out very well. I improved every day and while 10 minutes was a minimum, on some days I used even 1-2 hours on Duolingo. I achieved a level where I was able to maintain simple conversations and read basic texts.

One of the biggest benefits of language games is that their purpose is to keep you motivated. Founders of those games want that you want more and more time on the game so they are created to be addictive. The more time you spend on playing a language learning game, the more you will also learn.

Here are some of the best language learning games. Have you already tried them all and which one is your favorite?

First time I got introduced to an idea of language exchange in 2014 while doing my internship in Spain. I got to know Finnish people who had lived there already 6-7 years. One of my “mentors” and friends suggested having a language exchange with Spanish speakers.

It means that we speak, for example, 30 minutes Spanish and 30 minute Finnish. I learn Spanish and my language partner learns Finnish. I realized that it was actually very fun with a good company.

Then I came back home to Finland and I searched for a language exchange partner. I wanted to learn more Spanish and I figured out that practicing with a Spanish speaker every week. I found Italki and got to know Spanish speakers. Instead of practicing Spanish every week, I practiced it every day. That’s how I became fluent in Spanish.

You can find a language partner in:

Have you ever tried a language exchange?

3.Write Post-It Notes on Your House

When I started learning French, I wanted to improve quickly. And I did. One reason is that I used many ways to learn it. I made it a priority to learn it. One of the creative ways I used was to stick post-it notes around our house.

I will always remember what means “la fenetre” because I saw the note tens of times on my window. I must admit that I didn’t use this method very much because I like that my home is in the order and there are not post-it notes everywhere. However, If you are very committed to learning a new language, why wouldn’t you use every possible way to learn it?

A lot of people have things that they would like to do and achieve. They want to lose weight, have more muscle be friendlier, and learn a new language. Do you know what really changes people’s lives and helps them to achieve a goal? When suddenly things that “should happen” have to happen. People’s life changes when “should” becomes a MUST. That’s what Tony Robbins says after working +30 years people’s success.

Why wouldn’t you set up a goal that challenges yourself? Write down on a paper, for example, I am going to learn Spanish in 3 months. Then go through Benny Lewis’ Fluent in 3 Months -course with Spanish and put those principles into action. You will be amazed how much you can learn in 3 months if you make it a priority.

Another idea is to buy a yearly membership on LingQ and decide that you will spend 30 minutes every single day during a year learning your target language. Again, it’s amazing how much you will progress with only 30 minutes a day. 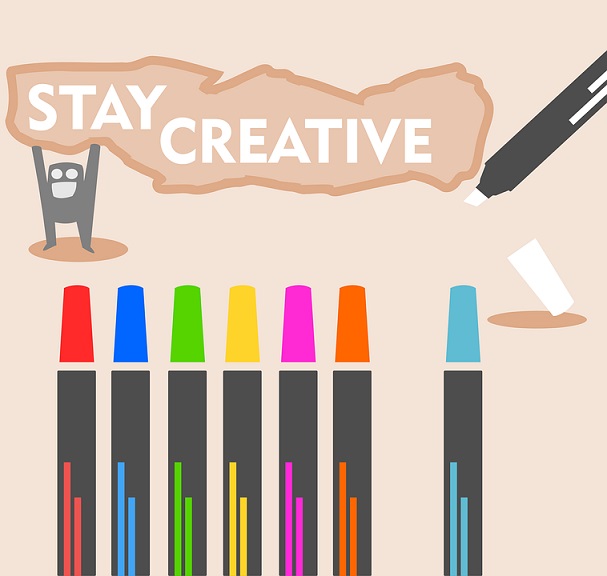 5.Study Your Hobby with a Foreign Language

What is your hobby? Do you go the gym? Do you play an instrument? Do you study how to create successful businesses? Do you like cooking? How do you like to spend your free time?

Take that thing and start to learn about it with a new language. Go to a Spanish-speaking bodybuilding forum. Watch business videos in FluentU or in Youtube in French. Listen to the audio Bible in German.

Every time when you associate with a new language, you are learning it a bit more. Like every rep and set in the gym makes progress in your muscles, in the same way, your brain gets used to a new language.

It’s said that it takes 30-40 times to repeat the word until you master it. That’s why repetition is good. If you have read an interesting book in your native language, why wouldn’t you read it also in your target language?

In the beginning of 2015, I decided, “I want to learn French.” I had read the teachings of Benny Lewis and learned the fastest way to learn to speak a new language is to start speaking from day 1. I figured out that the easiest way to find French speakers is to go to France.

I bought flight tickets to Paris and decided that I will be there for one month during my summer holiday. It was an unusual way to start learning a new language but it worked quite well. I bought the tickets 3-4 months in advance so I had time to practice before the trip.

The information that the trip was coming closer gave me lots of motivation to study French. The trip also gave me motivation afterward. I had seen in a real life that people speak French and it’s not something that only happens somewhere in the other Universe. It’s amazing how you see things differently after new experiences.

You are the average of 5 people you mostly hang around, says Jim Rohn and many other success coaches. If you surround yourself with other language learners, you will most likely get more motivated to learn new languages. If all your friends are explaining how learning languages are so hard and you need some special genetics, it may hold you back.

In most bigger cities are language cafes or events every week. You can look for them in Couchsurfing and MeetUp, for example. If you are really motivated, you can also look for language events in other towns. There are yearly polyglot gatherings in Europe where language learners from many other countries come together.

During my trip in Paris to the summer of 2015, I joined many language events and met many interesting people. Have you ever joined language events? If not, I challenge you to do so! You will have a new experience which expands your mind and you will meet interesting persons.

8.Share Your Creative Way to Learn a Foreign Language!

How do you like to study languages? Have you found a special way to make progress faster than with old-school methods? Or are you using some of those 7 tips that I suggested in this article? I would love to hear from you!

I love to read comments from our visitors and they also add value for other visitors. That’s why I encourage to share your thoughts below. I promise to answer every single comment personally within 24 hours.

8 thoughts on “7 Creative Ways to Learn a New Language for Free – Which One Is Your Favorite?”